Social Tip # 246 - Never Remember
I have a friend who will defend everything about drinking, except for blacking out. She says its the worst part about drinking. I’m thinking, “What about remembering when you get raped?”

I’m just saying, if you’re blacking out every night, maybe your life isn’t worth remembering. Most people drink to forget their problems, you’re a step ahead, you drink to not find out what your problems are in the first place.And that’s a smart plan. If you are going to get wasted, drive to the bar where your ex boyfriend works and set fire to his car, then go to his apartment where he lives with his pregnant girlfriend to steal your cat back... it makes sense that you would drink enough to pass a lie detector test in the morning. 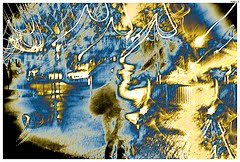 Social Tip #245 - The Meek Shall Inherit the Worst
I'm from Scottsdale, AZ, an artificial oasis in the middle of the desert, and home to the $30k millionaire. Everyone in Scottsdale is a star. They take their yearly $30k, lease a BMW, and drive around like they own the town. The only problem is the town sucks. There is nowhere important for them to drive to, and no one to impress when they get there... but they're driving a Beemer and bumping vintage Biggie.
They say that Los Angeles is the place where people's dreams go to die. Scottsdale is the place where people's pathetic dreams go to thrive. 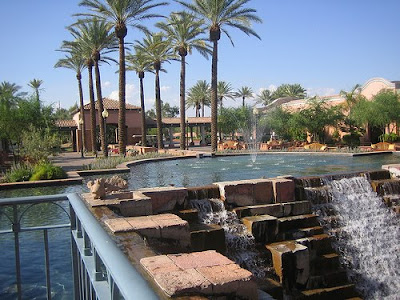 Social Tip #244 - BS to Impress
I told a guy that I liked rap and he said, "I was going to be a rapper, but then I decided to go to grad school instead."
Easy there, MC Student Loans. Don't try to impress me with something you could have done. I can't fuck your potential. 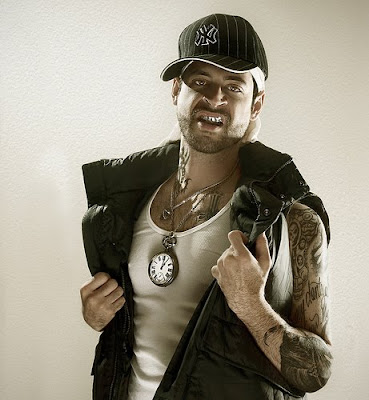 Social Tip #243 - A Mid-Century Night's Nightmare
I got hit on at a bar by a much older man. He was good looking I guess for middle age but I don’t know if I’m ready to see fifty-year-old balls. I don’t think I’ve reached that level of depression. Although, ironically, just my being hit on by someone that old dragged my depression almost deep enough for me to consider it. I asked him what he did and he said, "I’m a painter." Oh, hot.
"You paint for a living?" I asked.
“Well, I paint.” he replied, and then he kept talking, "Professionally I sell mid-century furniture."
Wait.... did you say mid-century? Be still my beating clit. Why are you saying mid-century? I just know he used to tell women that he just sold furniture, but then one day he said "mid-century," and a woman crawled into his yellowed bed and he's been saying it ever since. What a cup full of yuck. Mid-century, that just means your sell your furniture, you old fuck.
On his way out he didn’t try to get my number, but he did come in real close, pat me on the back and say, ‘Good luck.” What is that supposed to mean? I’m not sure, but I think it means “I sell mid-century furniture... but I fuck contemporary pussy." 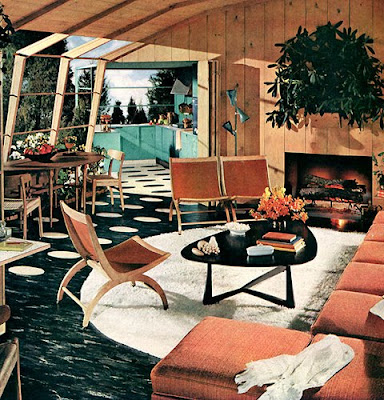 Social Tip #242 - Be The Third Wheel of Fortune

I have a friend who only dates rich men she meets on the internet, and she always begs me to go out with them. She's like, “Just kind of hang out so I don’t get raped."
I'm fine with this. They aren't my dates, so I get the perks of free high-end food and booze without having to pretend I'm interested. And, if somebody is getting raped, it's her.

Social Tip #241 - Don't Throw the Baby Out With the Bathwater 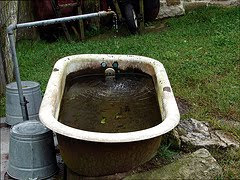 Me: I love you, do you still love me?
Boyfriend: I guess.
Me: Well, your guess is as good as mine. 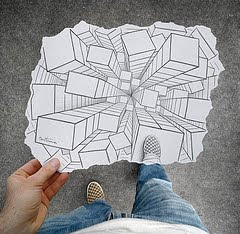 Social Tip #239 - Ride With the Heaven's Devils
Normally when I see people riding bicycles, I'm like, "What are you, from the past? Or Chinese?"
That is, unless, Hasidic Jews are riding them. They're so far back in the past they make bikes look futuristic. Are they allowed to use something that advanced? 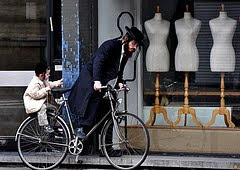 Social Tip #238 - Run Away
I always keep my shoelaces tied, I don't like to talk to old people. 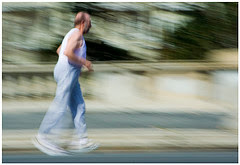 I've spent my whole life wondering, "Who am I?"
And now I know. I am the person who constantly wonders who they are. 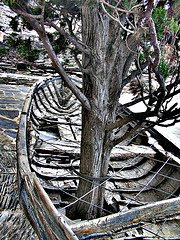 Social Tip #236 - Target Your Consumer
The Humane Society set up an Adopt-a-Pet truck right next to the hospital...

Lost your mom? Here's a cat.

Fill that hole with something soft. For at least twelve years or so. 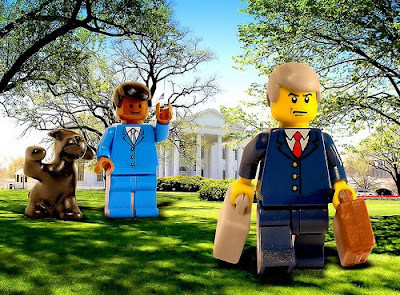 Social Tip #235 - Anticreate
I don't want children, but if I ever did, I would adopt. I don't want a baby that looks like me, I want one that is a product of people so attractive that they had to fuck no matter what. 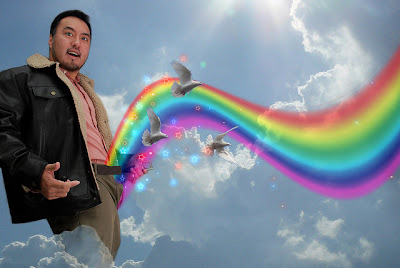 Social Tip #234 - Quit From Home
I've had a lot of jobs and they always end the same way. They always end with me deciding I don’t want to work at a place anymore and then just stop showing up. I never quit. Why should I bother to go in to quit? I don’t work there anymore. 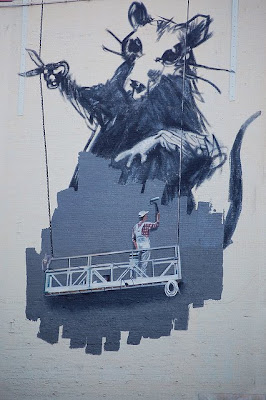 Social Tip #233 - Hooked On A Feline
Do you ever hear something and you know immediately that it's true?
I found out recently that there's a parasite that you get from cats, and the parasite makes your brain like cats more. You think you're in control of your brain, you're not. The parasites are in your brain and are like, "I love cats." And I know that that's true because anytime there's a cat nearby I just want to kiss it immediately. I just want to have mouth to mouth contact with its cute parasitic face. I just want to make out with it, and put my mouth around its head and just hold it there, they're so cute. That's the parasites, right? I'm not just some weird cat pervert. 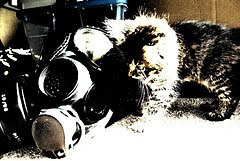 Social Tip #232 - Bite Me
I went to a dog friendly picnic this weekend and while petting someone's dachshund I made the mistake of saying, "Wow, this dog is so soft." Immediately another dog owner pushed the dachshund away and shoved her own dog in front of me saying, "My dog is soft! Pet my dog! She's so soft, isn't she?"
Oh, did I say that someone else's dog was soft? I meant that I liked that other dog's owner better. 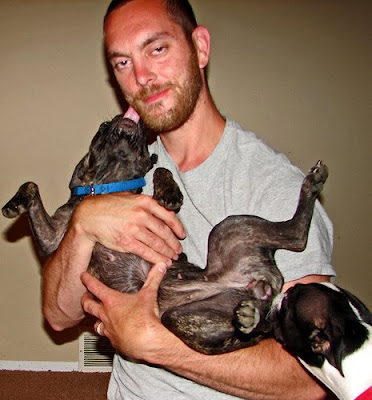 Myka Fox
I am a comedian, writer, and job applicant.

Keep Me Connected to the Internet

Listen to me on the radio, it's fun.